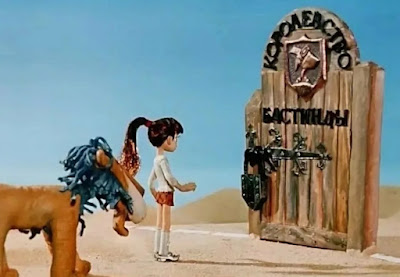 August 28, 2021
Aviation complex for air defense suppression   Transport aircraft have a large payload, flight range, simple piloting, and are capable of refueling in the air.    This is an excellent platform for creating strike complexes for air defense, coastal defense, and ship groups.   This is the basis for the so-called "long arm". Range of up to 2-3 thousand kilometers and more.   A large cargo bay accommodates a significant arsenal of air-to-air or air-to-surface missiles. Wide rear flaps make it easy to air missiles. A medium-class transport aircraft can deliver several dozen air-to-air missiles with a range of 80-100 km. Missile guidance should be carried out by means of an AWACS aircraft or a special target designator.      For a landing, a group of such aircraft can be supplemented by aircraft with loitering ammunition. Moreover, the air launch of all means of destruction increases their range of use.     A significant plus of such systems is that there is no need to develop sp
1 comment
Read more 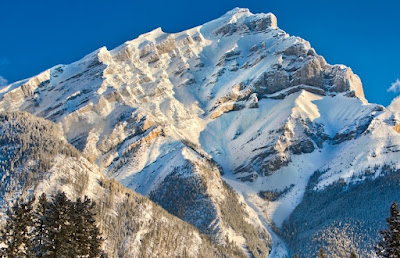 Bunker bombs   ( Reflections ) There are several important issues for bunker bombs that can dramatically improve efficiency. For example, how to reduce the likelihood of a ricochet in the mountains.     Before the bomb touches the hillside, there are some steps to be taken to prepare the point of entry into the surface.     For example, installation of a large diameter shaped charge with a remote sensor.   The diameter of the shaped charge can exceed 1 meter for large bombs and ensure the destruction of granite to a depth of 10 meters or more.    The diameter of the inlet can be increased by using an additional charge, which is triggered already at a depth of 10-15 centimeters in front of the entrance of the head of the bunker bomb.   This design increases the length of the projectile and the weight, but for a bomb weighing several tons, this will be a small addition. With external suspension of the device on an aircraft, such an increase in length is not critical.    When using a sh
Post a Comment
Read more 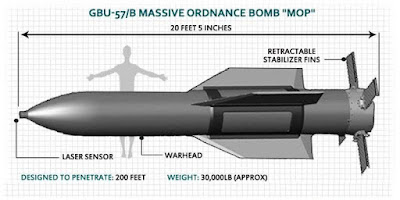 August 06, 2021
Bunker bombs For the destruction of underground bunkers, special bombs of great length and weight, sometimes consisting of a large amount of heavy metals, have been created.    They can penetrate many tens of meters into the ground. But bunkers are being built deeper and deeper. And the capabilities of anti-bunker bombs have to be increased making them longer, heavier and faster.   But the size and weight of the bomb is limited by the capabilities of the aircraft, and old ballistic missiles can be used to further increase the speed.    However, even this does not allow us to fundamentally increase the depth of destruction of objects under the ground. An interesting option is the second bomb hitting the trail of the first shell. It is very technically difficult. The hole is very small and the bomb drop height is large. Here, the accuracy of indicating the coordinates of GPS or GLONASS is not enough. One of the options is to use a special radio beacon in the bottom of the first shel
1 comment
Read more

July 28, 2021
A bit of fiction Powerful vacuum boibs In one of the fantastic works, there was once a mention of a vacuum bomb with a capacity of one thousand tons.    An interesting question, how can this be done? At least theoretically. You can build a huge barrel, but it will not fit on a plane. Another idea is to use many small individual warheads that are activated synchronously. Synchronicity can be achieved using a coded radio channel.   However, radio suppression systems (EW) can disrupt this synchronization. And the ammunition is not activated at the same time. To overcome this disadvantage, you can use pre-synchronization of the activation time. For example, 2 minutes before triggering. And continue to perform synchronization until the response time comes or the checksum check is violated (if radio channel suppression is used)   Aircraft cassette with 50 blocks, can hit a large surface area. If each block is designed as a vacuum bomb and is activated in sync with the other blocks, t
Post a Comment
Read more

May 29, 2021
Teoretical engineering Ferry "Donja Paz"  1987 A Philippine-registered passenger ferry that sank on 20 December 1987 following a collision with the tanker Vector. At the same time, about 4,300 people died, making this the largest maritime disaster in peacetime. During the collision, oil products spilled out and caught fire from the tanker.   The surviving passengers said that there were no life jackets on the ferry, the crew was in a panic, as were the passengers, and made no attempt to restore any order on board. It was later revealed that the available life jackets were under lock and key.   Trying to escape, people were forced to jump overboard, to where the spilled fuel burned.   The Dona Paz sank two hours after the collision, the tanker Vector four hours later. Both ships sank in the Tablas Strait, full of sharks. Eight hours later , the incident became known to the authorities, who organized a search and rescue operation. Only 26 surviving people were removed fro
Post a Comment
Read more
More posts